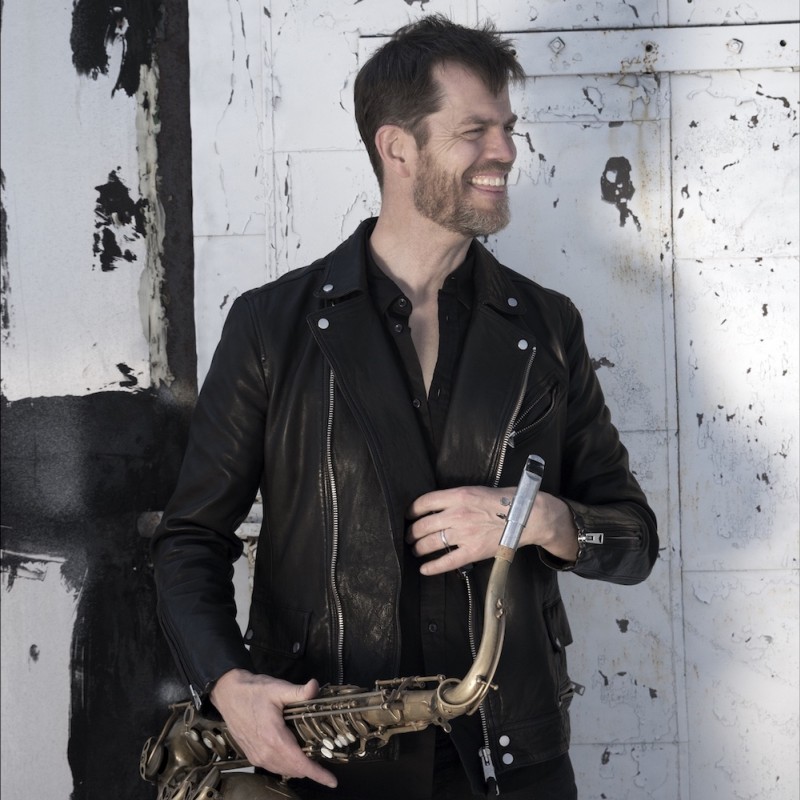 Donny McCaslin is one of those uncommon artists who set their course without paying attention at the fashion world. He lightens and researches a sound material in a specific direction, with a certain perseverance, convinced to be on the right track.
Several albums under his name and multiple collaborations have made him a key player in the New York underground scene. It is another visionary who will hear in his music an original and powerful sound: David Bowie. Calling him for the production of his latest album: Blackstar, he saw in him the holder of an innovative speech and aesthetics that has no equivalent on the scene today.
It must be said that his quartet, which released Beyond Now last October on the Motema label, is a reference in the field: Jason Lindner, Tim Lefebvre and Mark Guiliana - with whom he has worked for more than 5 years - is one of the the craziest rhythmic of the moment on the jazz planet. The power that emerges is unique. And this album is clearly the consecration of an artist without concession, whose music is fully in tune with his time.